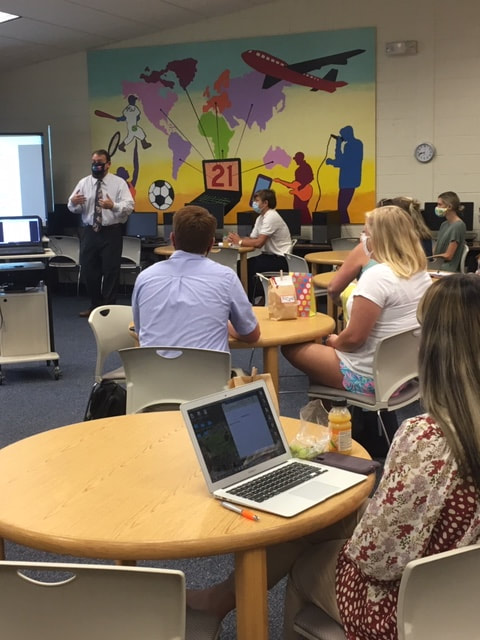 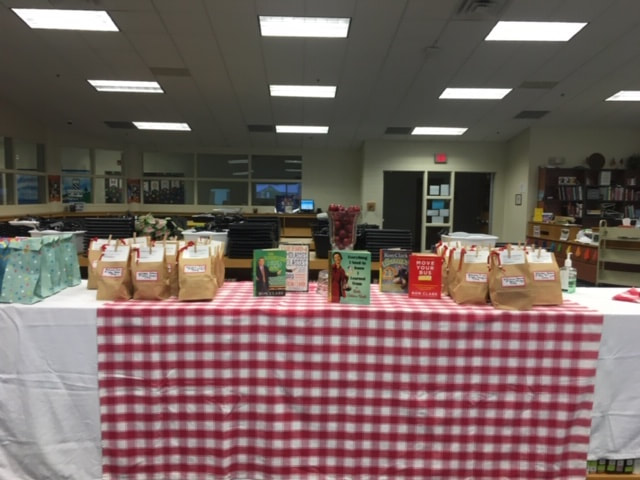 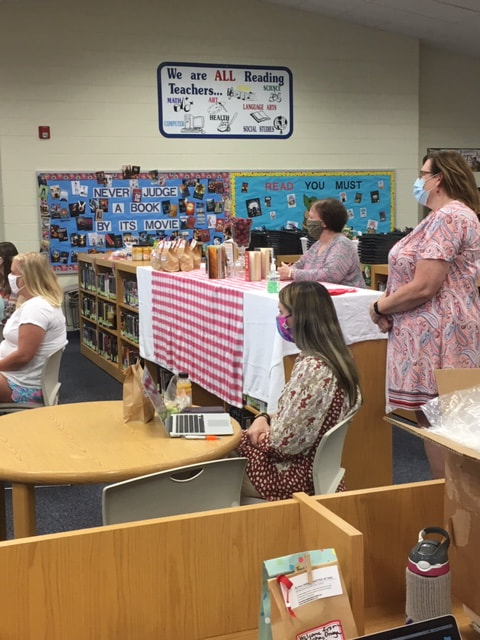 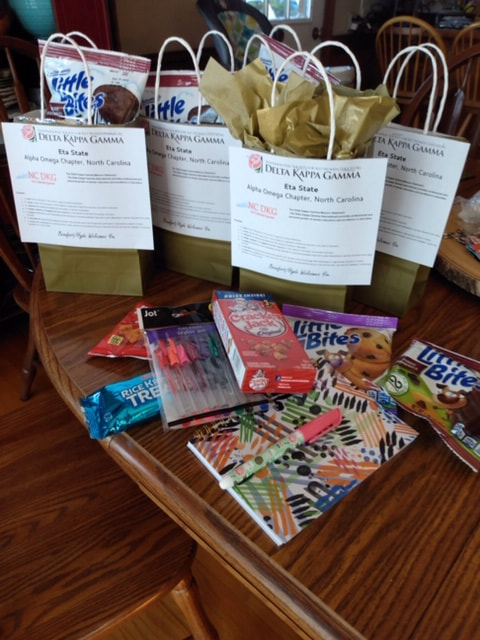 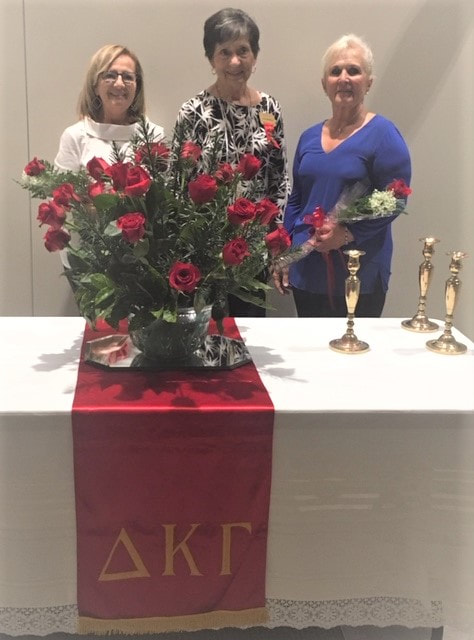 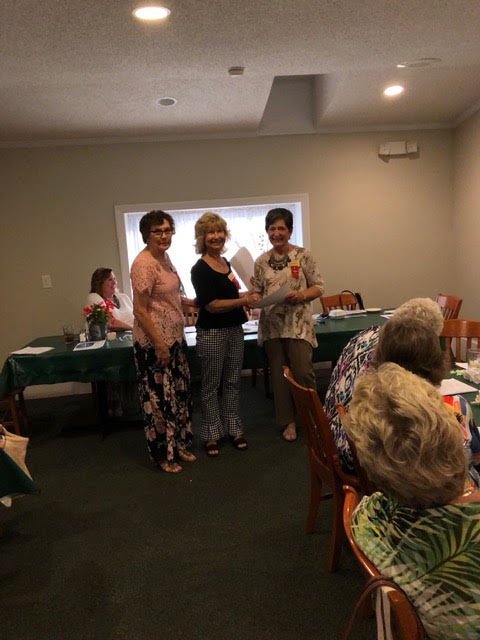 Mrs. June Wallace was honored for 45 years of continued membership in Delta Kappa Gamma at the May 2nd meeting of Alpha Omega. 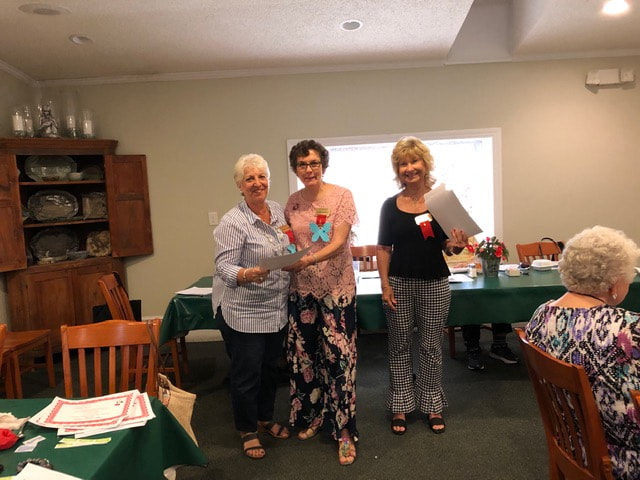 Margaret Ann Woolard received recognition at the May 2nd meeting for 35 years of membership in Alpha Omega. 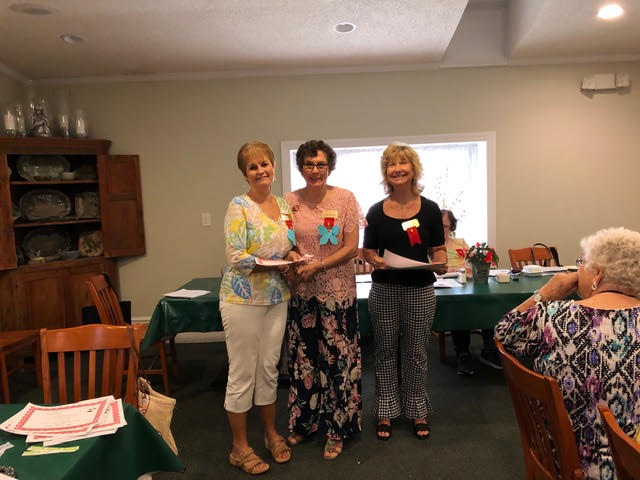 Nancy Hill, an Alpha Omega member for 35 years, was recognized at our May 2nd meeting for her continued service. 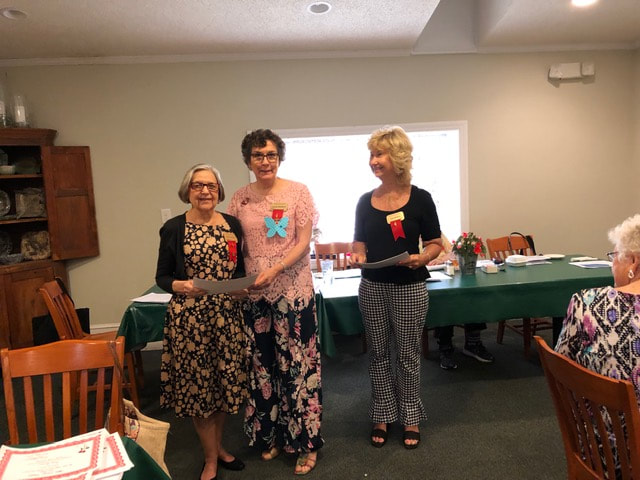 Betty Cochran, a 30 year member of the Alpha Omega Chapter was honored at the Eta State Convention on May 4 - 6, 2019 in Asheville, NC. She was presented the Golden Key Award for her leadership and service. Betty has served two terms as president of Alpha Omega. In 2004, she updated and published the history of our chapter. 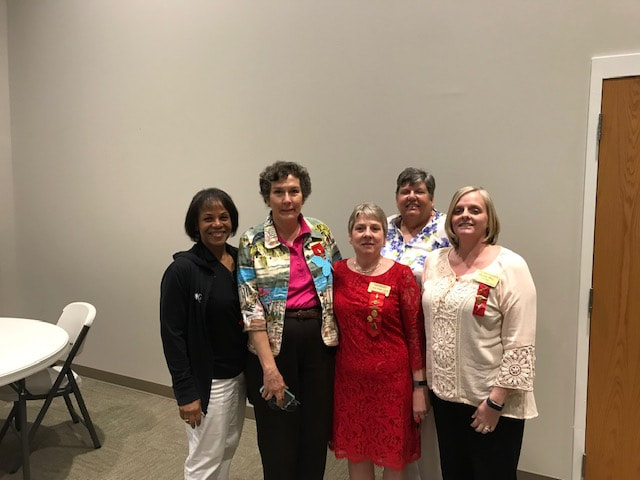 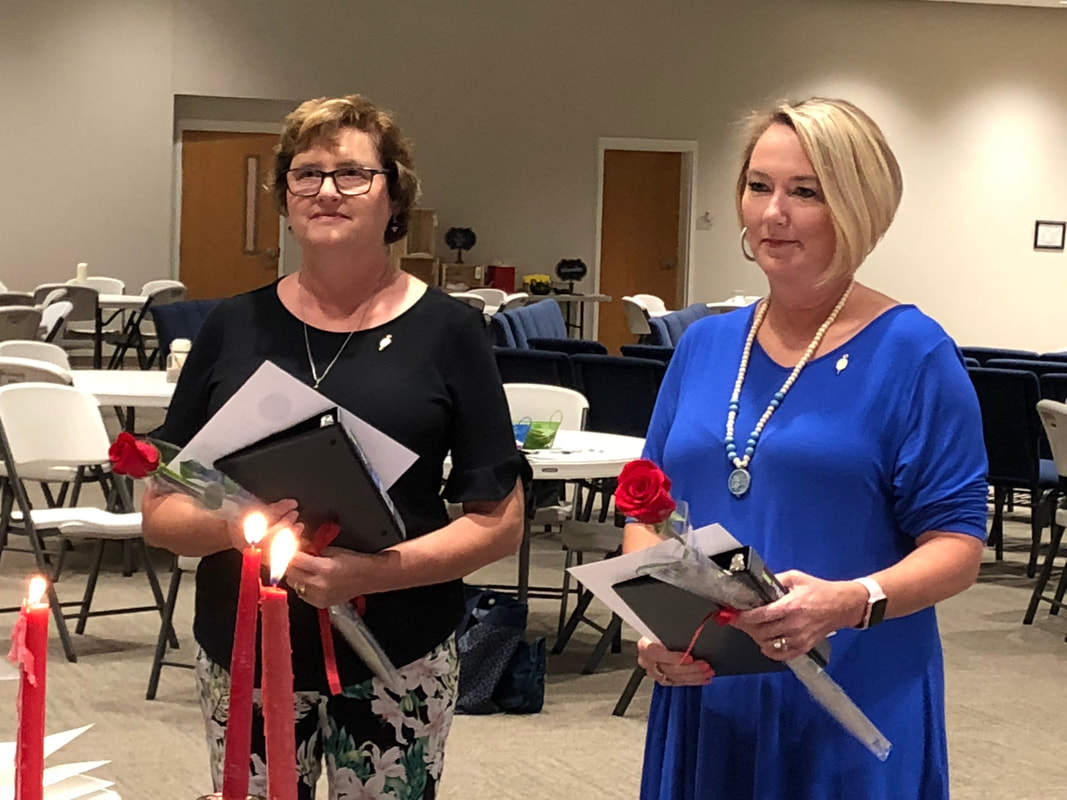 At the October 4th meeting of Delta Kappa Gamma, Alpha Omega Chapter, Eta State, two new members were installed: Alice Faucette and Cathy Hart. The new members were initiated by June Zurface and given a DKG pin, a red rose, and red candle. June reviewed the purpose of our society and the symbolism of the rose and candle. 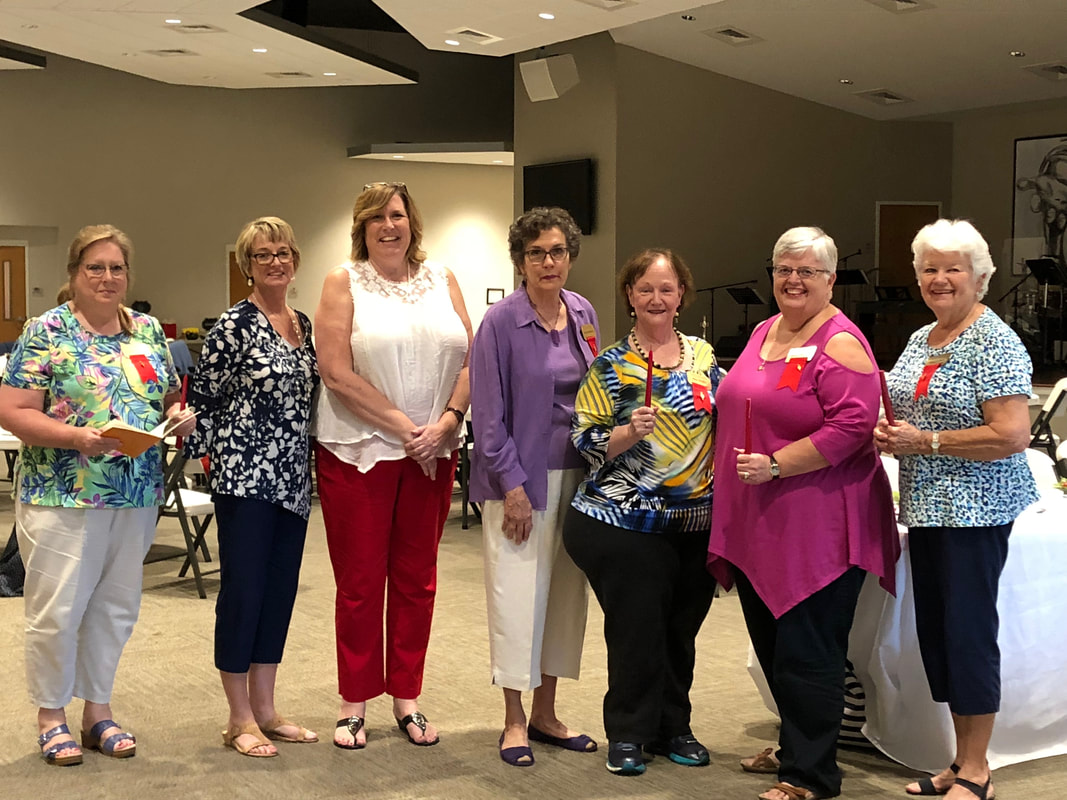 Delta Kappa Gamma, Alpha Omega Chapter, Eta State met at the First Christian Church in Washington on October 4th, 2018. A Candle Ceremony was held to symbolize the passage of duties from previous to new members of the executive board. 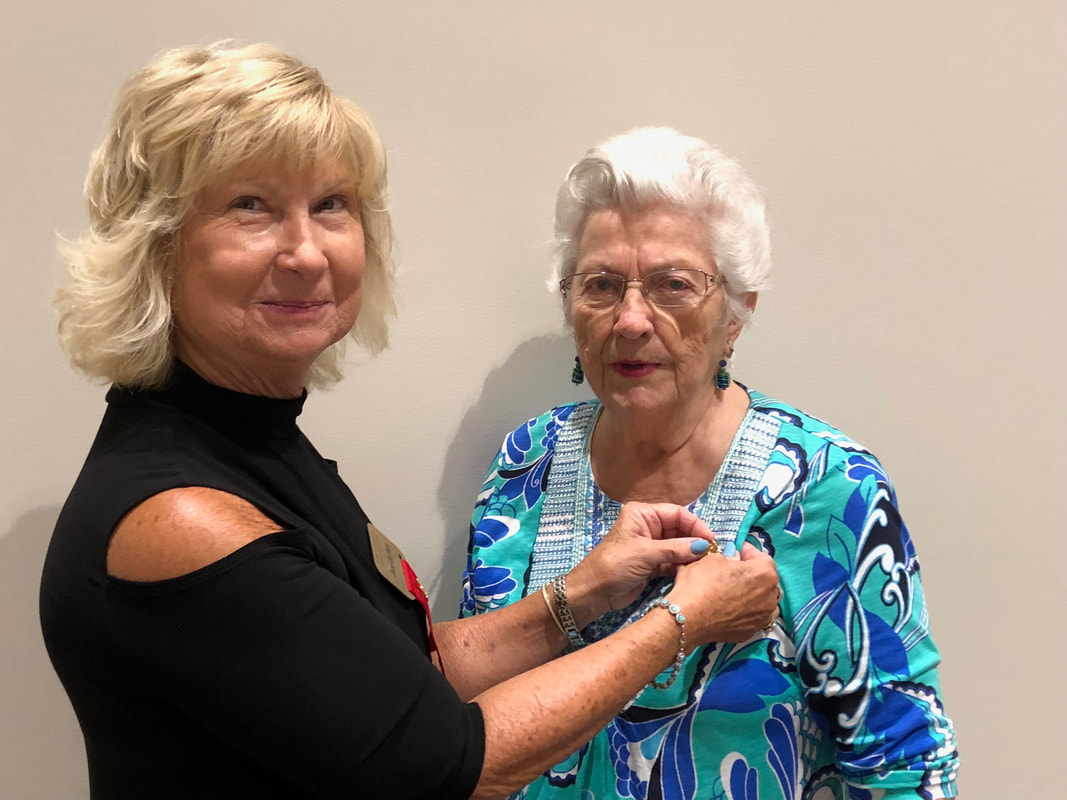 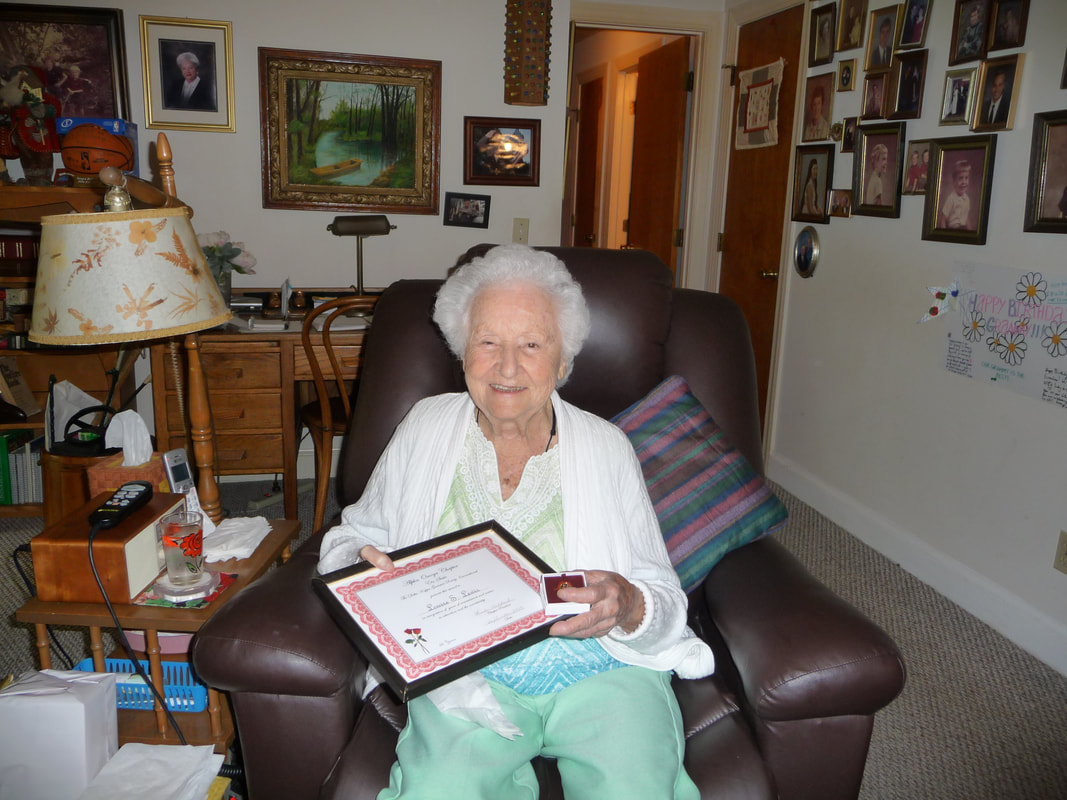 ​Mrs. Louise S. Lewis of Walstonburg was awarded a 60 year pin and certificate for membership in The Delta Kappa Gamma Society International. Alpha Omega members made the presentation to her and also celebrated her 100th birthday. She attended Walstonburg High School, East Carolina Teachers College, Wake Forest College, and Atlantic Christian College. She was initiated as a member of Sigma Chapter and as she made her home in different communities transferred to Rho, Beta Epsilon, and finally Alpha Omega Chapter. Mrs. Lewis is a retired elementary teacher. 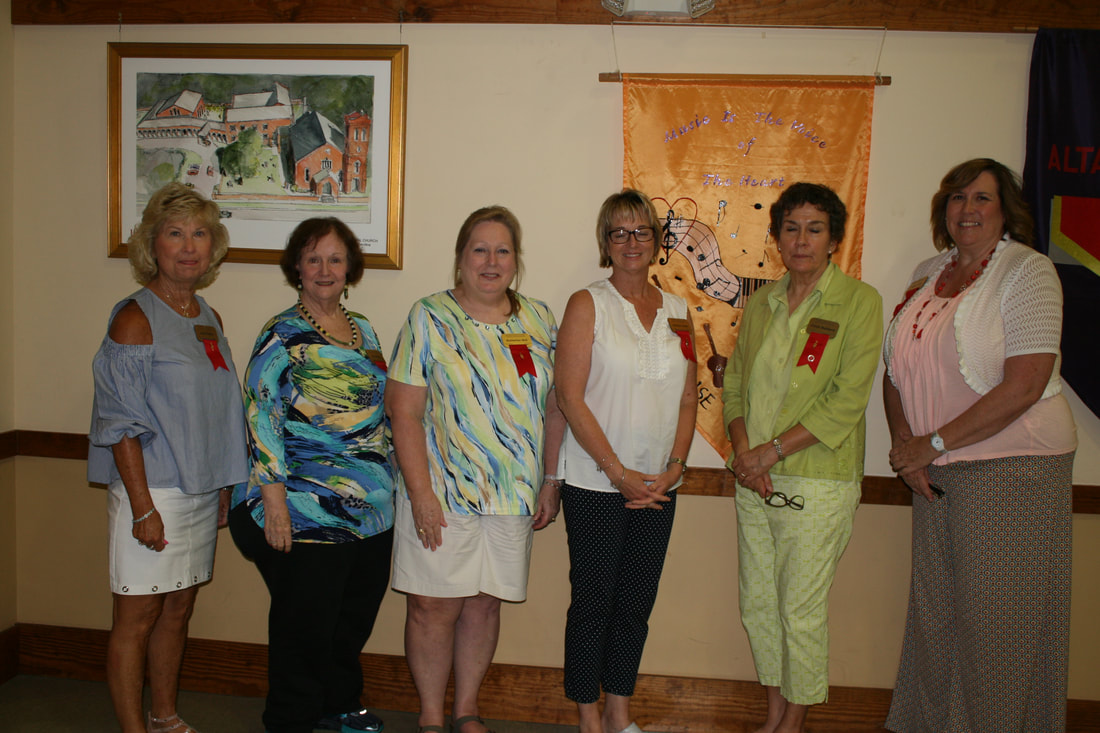 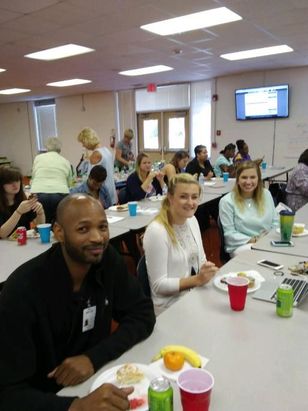 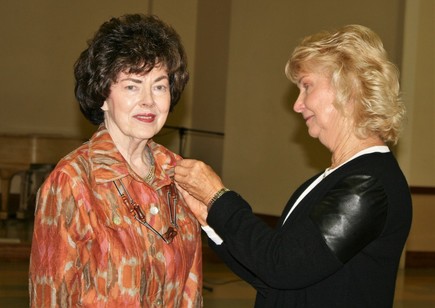 Celebrating 25 years
June Zurface (left) membership chairperson awards June Arnold (left) her 25 year pin. June Arnold joined Alpha Omega in 1993 and has served on various committees. June was also our speaker for the meeting and presented a most informative program, Sound. June taught music many years and continues her passion for music as the pianist and choir director at church.(March 2018) 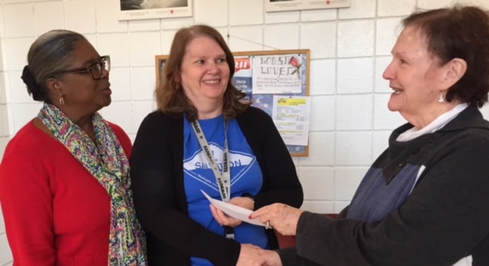 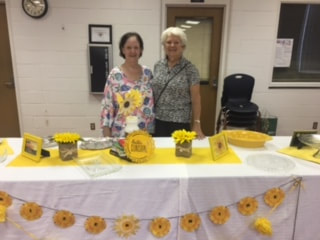 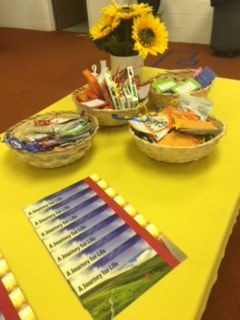 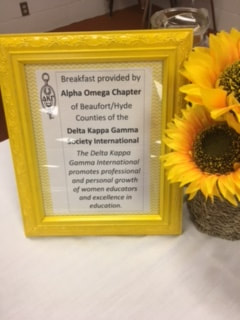 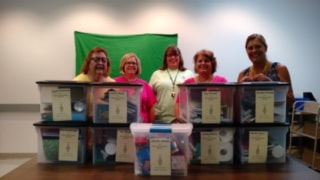 Alpha Omega members of Hyde County members used the chapter's collected supplies provided by members to make boxes for each new teacher in Hyde County. Each box contained an assortment of supplies for each Beginning Teacher of the county. The boxes were labeled with the new teacher's name and a note from our chapter. Several of the boxes where placed on the Swan Quarter/Ocracoke Ferry so the new teachers at Ocracoke Island would receive their gifts. Pictured behind the boxes are our dedicated Alpha Omega Hyde County members!! Thank you, ladies! (August, 2017)

May 2017 Meeting in Washington 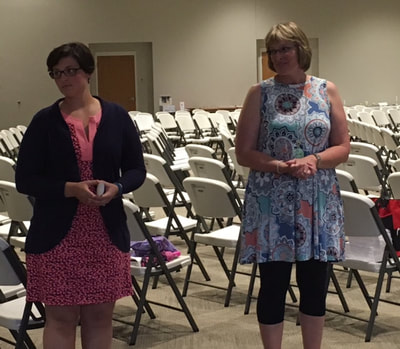 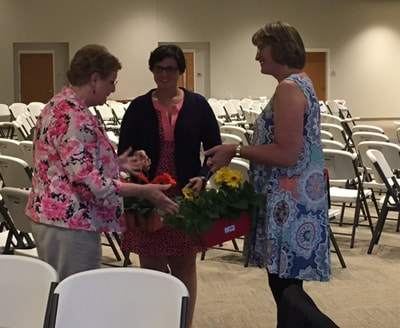 Guest speakers Sarah Bennett and Julie Gurganus from Northeast Regional School of Biotechnology and Agriscience (NERSBA) informed Alpha Omega members at our May meeting about the school. The school is a unique regional high school located in Jamesville delivering advanced, innovative education in biotechnology and agriscience.
http://neregionalschool.org/default.aspx

Members Jane Griffin and Avis Wainwright write
​congratulatory notes to Beginning Teachers
of Beaufort and Hyde counties on their
​completion of their first year of teaching. 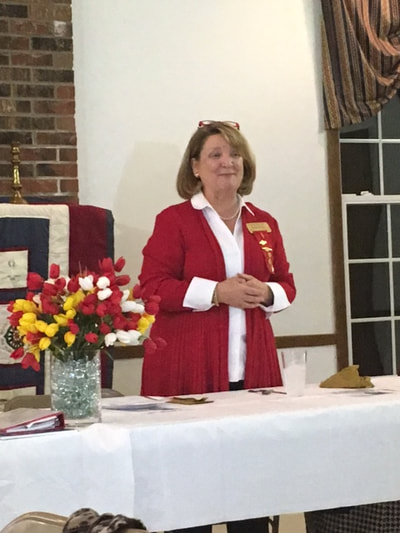 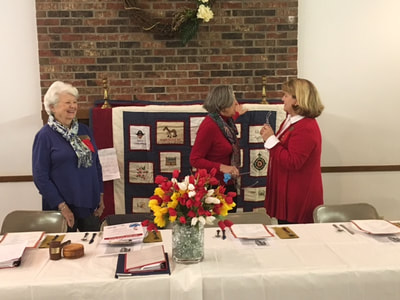 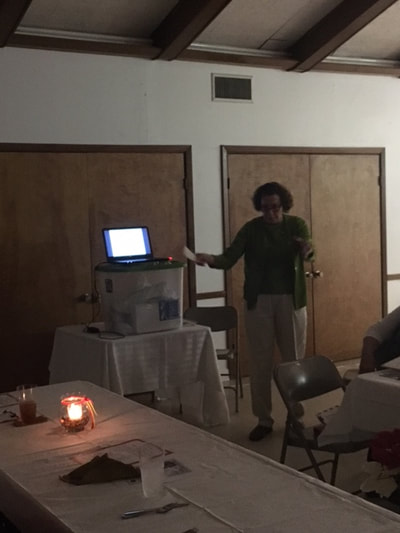 ETA State President Sheila Groves (left photo) visited Alpha Omega Chapter March 2, 2017 at the Aurora Community Center. Ms. Groves brought greetings from ETA State.  She reminded members of upcoming opportunities such as leadership training in Asheboro, NC June 21-26, 2017.  The state convention will be held this year in Wilmington, NC April 28-30, 2017.  Ann Ipock will be the keynote speaker.  She also recommended utilizing the Education Foundation to honor members by donation.
​Center photo Dava Jarman (left), President of Alpha Omega; member Betty Cochran (center)  and Eta State President Sheila Groves (right) examines the Alpha Omega quilt made by members many years ago.  The quilt was auctioned off. It was returned to Alpha Omega recently.
​Right photo Alpha Omega member Linda Beddard shares her knowledge of fossils with members. Linda has made several presentations at conferences. She also has written a book to help identify the fossils that are found in our area. Aurora, the location of our March meeting, is home of the Aurora Fossil Museum.   http://aurorafossilmuseum.org/  (March 2017)

Alpha Omega reserve member, Helen Bonner received her 50-year membership pin and certificate on November 3, 2016. Mrs. Bonner was inducted into Delta Kappa Gamma Alpha Omega Chapter in 1966, one year after Alpha Omega of Eta State was established. She is a former classroom teacher and instructional specialist of Beaufort County Schools. Two of her former students are current Alpha Omega members. 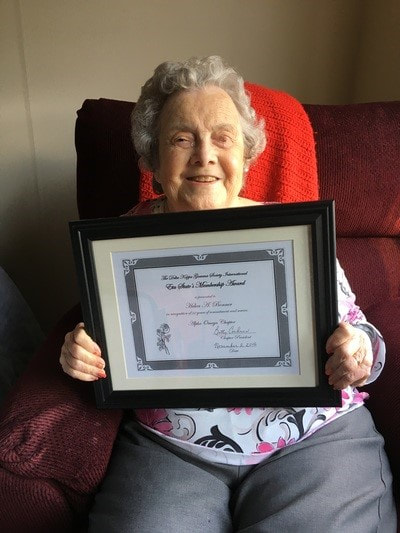 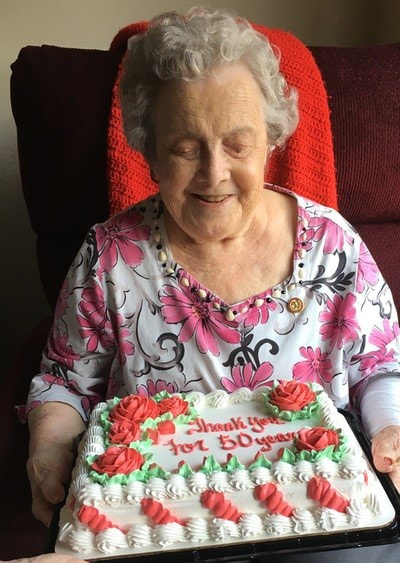